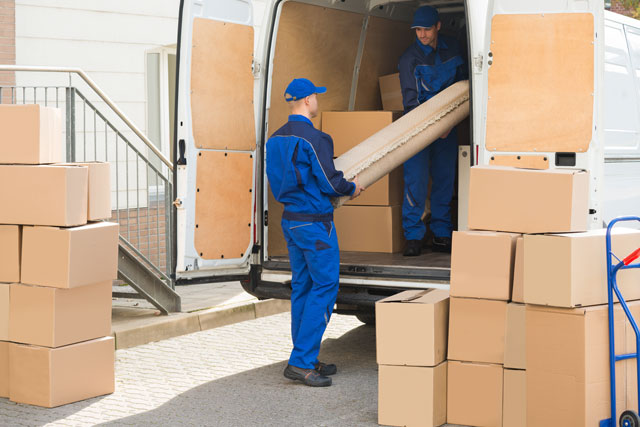 Moving to a new home can mark an exciting transition in life. Maybe you’ve just gotten married and you’re settling into a real house after a series of walkup apartments. Maybe your children are finally out of the house and you’re trading four bedrooms and a suburban backyard for lofty downtown sophistication. Maybe you’re ready to retire and opt out of snowy winters for good.

Moving is also a monumental pain in the butt. We’re not just talking about packing up and sorting through years (decades?) of accumulated stuff. We’re talking about the practical details of changing your address with everyone from your bank to your car registration to your family . . . including, of course, your Uncle Sam. If you don’t dot your i’s and cross your t’s, you can wind up in a fair amount of trouble. And so this week’s story takes us deep into the weeds of something you wouldn’t think the IRS needs to argue about: the all-important “last known address.”

Damian and Shayla Gregory moved from Jersey City, NJ to nearby Rutherford on June 30, 2015. For some reason, they filed their 2014 tax return from their old address in Jersey City. Then they won the lottery. Unfortunately, it wasn’t the Powerball, it was the audit lottery. And they didn’t win the $7,000 per week for life they were hoping for — they won a demand for more tax!

While the IRS was auditing them, the Gregorys filed a power of attorney and extension to file their 2015 return from the new address. Now, you’d think that would be enough to put the IRS “on notice” that they had moved. Sadly, you would be wrong. And so, with the audit over, the IRS sent their demand to the Gregory’s old address in Jersey City. (The Post Office returned it as undeliverable.) The Gregorys finally learned about the deficiency three months later. They filed a petition challenging it in Tax Court literally that same day. But the IRS told them no dice.

Naturally, the IRS has miles of red tape governing all of this. 26 CFR §301.6212-2 defines “last known address” as the one that “appears on the taxpayer’s most recently filed and properly processed Federal tax return, unless the Internal Revenue Service (IRS) is given clear and concise notification of a different address.” Rev. Proc. 2010-16 goes on to list the forms that qualify, and states clearly that the power of attorney and extension don’t count. Even the instructions for those forms say you can’t use them to change your address. And so the Tax Court ruled for the IRS.

The Gregorys weren’t completely off-base asking the IRS for a break. Courts have said that if the IRS knows a taxpayer has moved, they should exercise due diligence to find them, even if they haven’t given notice. Having said that, last October the Tax Court ruled the IRS didn’t have to sic the bloodhounds on Daniel Sadek, a California subprime lending “mogul” who racked up $25 million in tax deficiencies before fleeing his “last known address” in California to ride out an FBI investigation in Beirut. (Nothing suspicious about that move, right?)

Here’s the broader lesson from this week’s story. Beating the IRS starts with big-picture strategies like choosing the right business entity, finding the right benefit plans, and taking advantage of code-based savings strategies. But concepts and strategies aren’t enough. Implementation is the key to putting them to work, and you can’t overlook the details. That’s where we comes in. So call us when you’re ready to work the system and let us put those strategies to work for you!