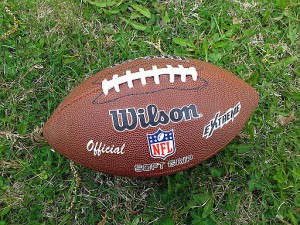 You probably thought the holiday season ended when the last Christmas lights finally came off the house. But then you would have forgotten the closest thing we have to a national fair. We’re talking, of course, about the Super Bowl, our only nationally-televised event that makes people look forward to the commercials as much as the game!

This year’s contest was another nail-biter that remained close until New England cornerback Malcolm Butler intercepted a Seattle goal-line pass with just 20 seconds left on the clock. (If the Patriots want the rest of the NFL to take their “dynasty” seriously, they’re going to have to learn how to blow someone out like the 1990s-era San Francisco 49ers used to do!) But while Pats fans may be cheering loudest, there’s another group that’s cheering too, and that’s the team at the IRS.

New England quarterback Tom Brady became just the third NFL passer to take home a fourth Super Bowl ring. He also took home a $400,000 bonus for his effort. (Brady and his wife, supermodel Giselle Bundchen, had to scrape by on about $60 million last year, so the cash is probably welcome.) And General Motors gave him a loaded Chevy Colorado pickup truck worth $35,000 for winning the MVP trophy, too.

So . . . the IRS intercepts 39.6% for income tax and 3.8% for Medicare on Brady’s $400,000. The Massachusetts Department of Revenue picks off 5.2% more, and you can see why the tax man leaves Brady so . . . deflated. (Sorry.) Multiply that by everyone on the Patriots roster, and now you know why the receivers at the IRS cheer for every Super Bowl winner!

Now, Brady is awfully glad that Malcolm Butler intercepted that pass. So instead of taking that Chevy truck for himself, he’s giving it to Butler. But that creates a tax problem. You see, if Brady takes the prize himself, then laterals it to Butler, Brady pays the same federal and state income and Medicare taxes on the truck as he does on his $400,000 cash bonus — but then he has to contend with gift tax, too. Brady can give up to the $14,000 “annual exclusion” amount, free from tax, to as many people as he likes in a year. If Brady and his spouse Giselle make a gift together, they can double that amount to $28,000. Anything above that annual exclusion eats away at Brady’s $5.43 million “unified credit” against gift and estate taxes. Any gifts he makes during his life that aren’t sheltered by the annual exclusion or unified credit are subject to a 40% tax. (Don’t worry if none of this makes any sense — understanding it all is why estate tax lawyers drive Jaguars.)

But nobody wants to see Brady get sacked with extra taxes. So instead of giving the truck to Brady (to give to Butler), Chevy is shotgunning the truck directly to Butler. That means the undrafted 24-year-old rookie, whose career highlights include passing thousands of battered chickens into the fryer at his hometown Popeyes, will pay the same income and Medicare taxes that Brady would have paid. But calling the audible on the transfer to Butler protects Brady from the gift tax blitz.

Brady’s running a play called “tax planning.” It’s saving him thousands. And it’s not even one of Coach Bill Belichek’s clever tricks! Here’s some more good news — you don’t have to be Super Bowl MVP to run the same play yourself. Just call us, when you’re ready to suit up against the IRS. And remember, we’re here for your teammates too!